By asking the question ‘Is the end nigh?’, the book aims to investigate the status of ‘identity’ and its relation to the theoretical field. The key presumption of this study is although identity as a concept plays a role in various fields, it has lost its explanatory aspect gradually and it cannot be defined by the theoretical approaches as before. For such presumption, Paul du Gay is much indebted to the studies of Bruno Latour and Ian Hunter who respectively worked on the problem of contemporary critique (2004) and the history of theory (2006). Both writers, in their rather different ways, suggest that ‘Identity’ work may continue to flourish but the theoretical spirit animating it is terribly tired.

In his attempt for understanding the relation between the concept of identity and theory, du Gay considers a time to be known as ‘the moment of theory’ that, quoting Hunter, has led to formation of a particular kind of intellectual persona. According to du Gay, the destiny of the ‘identity’ and ‘the moment of theory’ are inextricably linked, whereas during this ‘moment of theory’ (1960s and continuing into the present) the theoretical and philosophical reflections within a variety of disciplines recast as ‘empiricist’ or ‘pre-theoretical’ and continued their work by an openness to newer phenomena and a skepticism towards the empirical and a priori formalism which foreclosed a higher-level experiential immediacy. Du Gay arrives from criticizing the scientific field (knowledge) to the theory and, notwithstanding the fact that Latour and Hunter did the same in order to reject application of the theory to identity, he makes use of the post-structuralism theory for his argument.

Du Gay considers ignorance towards enabling conditions of knowledge as the constitutive of the knowledge itself. Therefore, knowledge is not something that should be settled, since in whatever form it appears it will always be excluding more than it reveals and indeed it is just by virtue of this exclusion that it cannot acknowledge that it requires its ‘identity’. Therefore, we encounter an anti-knowledge approach in favor of that which it occludes; accrediting a persona ‘always in process’. In post-structuralist lines of thought, but identity is assumed to arise from the manner in which a fixated consciousness exists by disavowing and repressing its ‘other’ and it is this repression/occlusion that gives the ‘other’, as self-manifesting being, the capacity to break through its disavowal and throw fragile identity into the flux of becoming.

So, the author considers two interdependent but opposite dimensions in defining the identity; the temporary fixing of consciousness by the occlusion of the transcendental phenomenon. Although the first dimension rejects the second one constantly, the ‘other’ as the transcendental phenomenon renders a fluid form of self through its ruptural appearance. So, the post-structuralist persona allows it to be always floating and unsettled, free from fixated demarcations of the consciousness that disavow the ‘other’.

In an agreement with the anti-knowledge and post-structuralist approach and with emphasis on the transitory aspect of the identity, still du Gay remains insistent about the inadequacy of the theory for approaching the identity. It seems the ‘moment of theory’, due to the same self-revealing and unpredictable qualities of the reality, should gradually receive assistance from more empirical fields. Since the theoretical field makes its conclusions in advance and dictates its philosophical and metaphysical arguments, so it can compensate this week point by approaching the empirical description. But apparently, the author is not accepting this approach as a form of collaboration between the theory and empiricism but rather as a transfer of the power from the former to the latter—the same practical definition of the identity in the fields of politics, sociology, history, etc.

Thus, as du Gay introduces the key organizing logic behind his book as the sociological-anthropological approach to the organization of identity, or the material-cultural making-up of ‘persons’, we confront a method which shifts away from social and cultural theoretical accounts concerning the formation of ‘subjectivity’ and ‘identity’ towards an understanding of the specific forms of ‘personhood’ that individuals acquire as a result of their subjection to particular normative and technical regimes of conduct. Although this turn by du Gay from the theory to the empirical field is considerable, he does not provide any clarifications on its way and certainty whereas, in describing identity, personhood and society, he constantly gives theoretical references.

For arriving at an empirical description of identity, du Gay for instance points to the works by such thinkers as Althusser, Barthes, Derrida, Foucault, Kristeva and Lacan, to name but the most obvious, who have posed challenge to the ontological foundations of the person as the author of their own acts and centered in unitary, reflective and directive consciousness. They also resist against considering individual human beings being essentially ‘free agents’—a general perception implicated in our legal system and education. In such general perception that du Gay mentions as generic and foundationalistic, the social categories that organize practices are not considered (such as ‘contract’, ‘responsibility’, ‘obligation’, ‘fault’ and ‘guilt’) and this is despite the fact that individuals are not as the origin of the attributed conduct but its locus. Disagreeing with the idea of ‘free agent’, du Gay explores the ways humans’ capacities of self-consciousness and self-reflection depend upon definite forms of discourse and sets of techniques in which individuals are trained and implicated as ‘agents’. Thus, in order to understand such concept as ‘personhood’, he refers to a definite substratum of categories and practices (empirical versus theoretical approach) that give a particular agent its form.

To consider free agency for the individual is another fault resulting from ‘dualism’ and a kind of understanding of reality as a dichotomy. The main problem of such approach is that it takes reality reflective of something established and reduces it to binary elements—here du Gay criticized the dualism of individual and society for serving specific purposes. For example, he points to the liberal doctrine of ‘equality before the law’ which acts discriminatively through separating individuals from the society and considering them out of the society (individualistic approach to persons).

Du Gay applies theories by those like Norbert Elias, Anselm Strauss, Anthony Giddens and Pierre Bourdieu for his argument. Elias was the thinker who identified the roots of behaving an individual as an autonomous entity, in contradistinction to society, as a ‘category error’. In The Civilizing Process (1968), Elias has attempted to explain how such approach in sociological thought has been given shape and by introducing the concept of ‘figuration’ he aims to understand how particular categories of person have been formed in specific contexts. The term ‘figuration’ refers to ‘interdependent and dynamic networks of human beings’ in contrast to expressions like social structure/system (as referring to something outside the activity of human beings). In the figuration, the individuals’ identity, interests, objectives and everything that might stabilize their description and their being are variable and contingent outcomes that fluctuate with the form and dynamics of the relationship between those individuals.

The idea that time is the common medium in which social relations and individual identities generate one another is also a core assumption informing the symbolic interactionists such as Strauss and the ‘structuration’ theory of Giddens. According to Strauss, identity implies not merely personal histories but also social histories. Individuals hold memberships in groups that are themselves products of the past and for understanding persons you must view them as embedded in historical context. Giddens also interestingly describes the actions of human subjects as constituting a social world that in turn constitutes the conditions of possibility of the actions of those subjects.

In a brilliant, but rarely cited, article, The Biographical Illusion (1987), Bourdieu takes issue with certain sociological understandings of personhood. He describes the individual’s identity by introducing the ‘life-history’ approach. According to him, life is a story that individual subject is its author. The recognition of one’s self only requires to map its journey through life and unpack its very special ‘story’. It is based on this approach that Bourdieu does not consider for instance the memory of one’s life-history assumed to be an essential psychological capacity but rather to be socially organized through rituals of storytelling.

Bourdieu indicates that modern societies, due to containing all sorts of institutions to totalize and unify the self, do not consider such dynamic, interdependent and contingent aspect of individuals’ identity and therefore they unify them. ‘Proper name’ is a clear example by which Bourdieu makes his point. The proper name is the same nominal consistency and unification of the individual identity which social order requires of a responsible being. The proper name is the visible affirmation of the consistent identity and its successive manifestations whose totalization is observable in official records, curricula vitae, criminal records, obituaries and biographies. It should be noted that the proper name is not affirmative of any pre-established personality or identity and it does not refer to any ‘true me’ or a cluster of descriptive features that stay the same across time and space—beyond doubt is that any description is only valid within the limits of a given time and place. 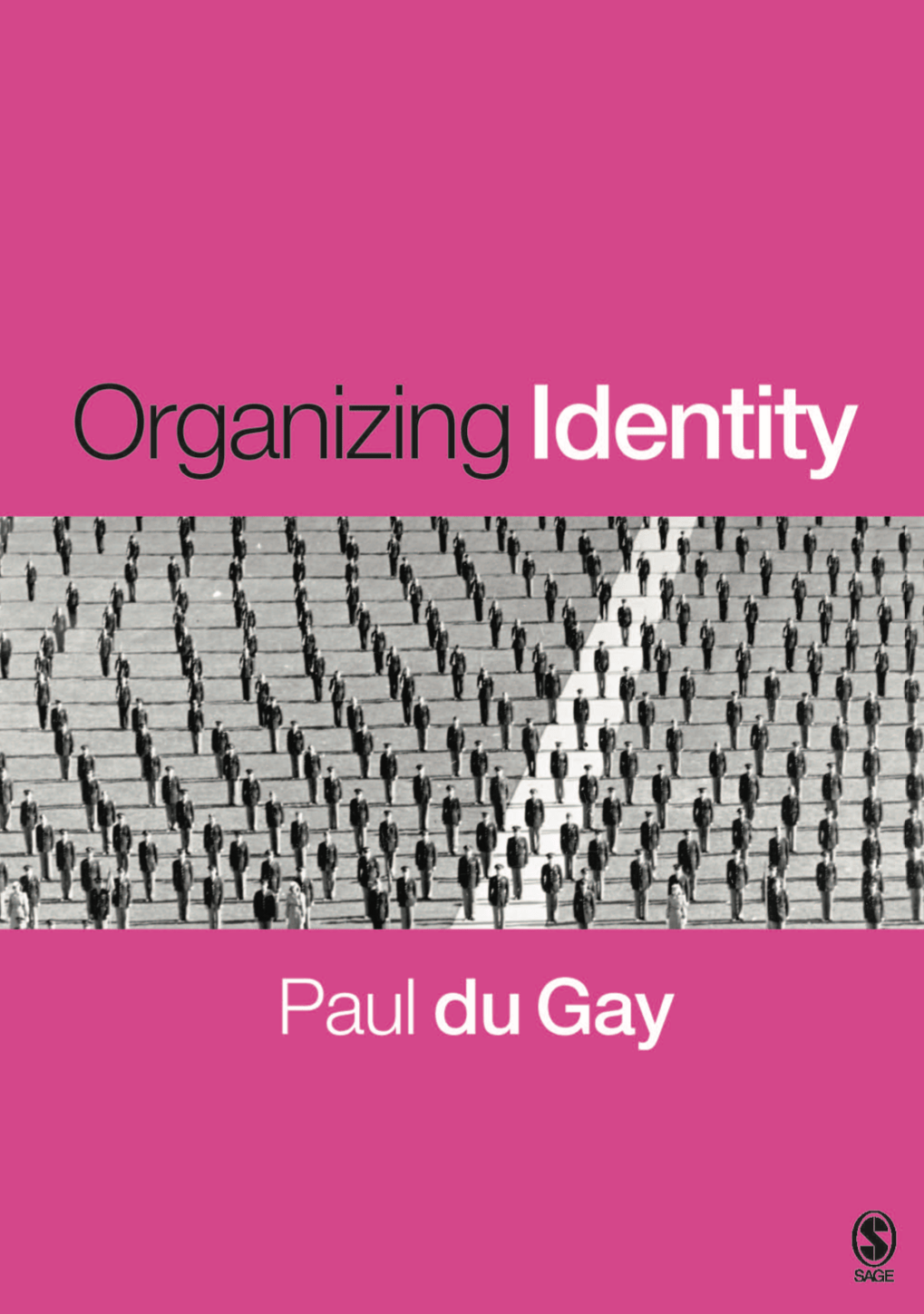 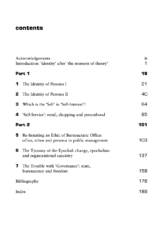