Stuart Hall, a sociologist and cultural theorist, in his introduction to Questions of Cultural Identity applies concepts of “identity” and “identification” as well as their emergence within the play of specific modalities of power to answer the question that “Who needs identity?” With reference to the deconstruction, he begins his argument by being critical of the notion of an integral, originary and unified identity; the question of subjectivity and its unconscious process of formation which has been developed within the discourse of a psychologically influenced feminism and cultural criticism.

Before answering his question, Hall defines identity from two perspectives. In first approach, opposed to those forms of critique which aim to supplant inadequate concepts with “truer” one, or which aspire to the production of positive knowledge, he defends the deconstructive attitude which puts key concepts “under erasure.” This indicates that they are no longer serviceable in their originary and unreconstructed form, but since there are no other, entirely different concepts with which to replace them, there is nothing to do but to continue with them—the line which cancels them, paradoxically, permits them to go on being read.

Derrida has described this approach as thinking at the limit, as thinking in the interval, a sort of double writing. It is this double, stratified, dislodged and dislodging writing, which brings low what was high, and leads to the eruptive emergence of a new “concept,” a concept that can longer be and never could be. Identity is such a concept—operating “under erasure” in the interval between reversal and emergence; an idea which cannot be thought in the old way, but without which certain key questions cannot be though at all.

In second approach, Hall investigates the relationship between agency and politics. By “agency” he expresses no desire whatsoever to return to an unmediated notion of the subject or identity, or to restore an approach which places its own point of view at the origin of all historicity—which, in short, leads to a transcendental consciousness. He, agreeing with Foucault, considers the main requirement as “not a theory of the knowing subject, but rather a theory of discursive practice” and what such decentering requires is not an abandonment or abolition of “the subject” but a reconceptualization—thinking in its new, displaced or decentered position within the paradigm.

Emphasizing the significance of the concept “Identification,” Hall considers it as almost tricky as “identity.” It is drawing meaning from both the discursive and the psycho-analytic repertoire, without being limited to either. The discursive approach sees identification as a construction, a process never completed—always “in process.” It is not determined in the sense that it can always be “won” or “lost,” sustained or abandoned. Identification is a conditional and contingent concept, a process of articulation, a suturing, an over-determination. There is always “too much” or “too little”—an over-determination or a lack, but never a proper fit, a totality.

From psychoanalytical usage, the concept of identification inherits a rich semantic legacy. Freud calls “identification” as the earliest expression of an emotional tie with another person. It is, in the first instance, a ‘moulding after the other’ which compensates for the loss of the libidinal pleasure of primal narcissism. Identifications viewed as a whole, are in no way a coherent relational system. Demands coexist within an agency like the super-ego which are conflicting and disorderly and the ego-ideal is composed of identifications with cultural ideals that are not necessarily harmonious.

The concept of identity deployed here is therefore is not an essentialist, but a strategic and positional one. That is to say, directly contrary to what appears to be its settled emantic career, this concept of identity does not signal that stable core of the self, unfolding from beginning to the end through all the vicissitudes of history without change. Identities are never unified and, in late modern times, are increasingly fragmented and fractured; they are never singular but multiply constructed across different and antagonistic discourses, practices and positions.

Though identities seem to invoke an origin in a historical past with which they continue to correspond, actually identities are about questions of using the resources of history, language and culture in the process of becoming rather than being: not “who we are” or “where we came from,” so much as what we might become, how we have been represented and how that bears on how we might represent ourselves. Identities are therefore constituted within, not outside representation. They relate to the invention of tradition as much as to tradition itself: not the so-called return to roots but a coming-to-terms-with our “routes.”

Moreover, Hall considers the emergence of the identities within the play of specific modalities of power, and thus are more the product of the marking of difference and exclusion, than they are the sign of an identical, naturally-constituted unity—an “identity” in its traditional meaning (that is, an all-inclusive sameness, seamless, without internal differentiation). Identities are constructed through, not outside, difference. It is only through the relation to the Other, the relation to what it is not, to precisely what it lacks, to what has been called its constitutive outside that the “positive” meaning of any term—and thus its “identity”—can be constructed. Identities are, as it were, the positions which the subject is obliged to take up while always “knowing” that they are representations, that representation is always constructed across a “lack,” across a division, from the place of the Other.

Lacan is among the theorists whose notions have been applied by Hall. He is only one of the many accounts of the formation of subjectivity which takes account of unconscious psychic processes and the relation to the other. Though his mirror stage theory has been criticized by Peter Osborne for the way in which the child’s relation to the image is absolutized by being abstracted from the context of its relation to others (particularly the mother).

Foucault also undertakes a radical historicization of the category of the subject. The subject is produced through and within discourse, within specific discursive formations, and has no existence and certainly no identity from one subject position to another. But as Hall mentions, it remains the case that Foucault steps too easily from describing disciplinary power within modern forms of social control, to positing disciplinary power as a fully installed monolithic force which saturates all social relations. This leads to an overestimation of the efficiency of disciplinary power and to an impoverished understanding of the individual which cannot account for experiences that fall outside the realm of the “docile” body.

That this became obvious to Foucault is apparent from the distinctive shift in his later incomplete work History of Sexuality: There must also be the corresponding production of a response (thus subjectivity) from the side of the subject. This is a significant advance, since it addresses for the first time in Foucault’s major work the existence of some interior landscape of the subject and some interior mechanisms of assent to the rule. Ethics and practices of the self are described by Foucault in this work as an “aesthetics of existence,” a deliberate stylization of daily life. As a result, through a series of conceptual shifts at different stages in his work, Foucault came toward a recognition that the decentering of the subject is not the destruction of the subject, and therefore he could complement his account of discursive and disciplinary regulation with an account of the practices of subjective self-constitution. Foucault was though prevented from going to one of the principal sources of thinking about this neglected aspect—namely, psychoanalysis. What he has produced instead is a discursive phenomenology of the subject and a genealogy of the technologies of the self.

Fortunately, it has not remained so. Judith Butler, in her two works Gender Trouble (1990) and Bodies That Matter (1993), has taken up, through her concern with “the discursive limits of sex” and with the politics of feminism, the complex transactions between the subject, the body and identity, through the drawing together in one analytic framework insights drawn from a Foucauldian and a psychoanalytic perspective. Quoting Butler: Sex is, from the start, normative. Sex is an ideal construct which is forcibly materialized through time.” Centering of the question of identification, together with the problematic of the subject which “assumes a sex,” opens up critical and reflexive dialogues in Butler’s work between Foucault and psychoanalysis which is enormously productive:

This text accepts as a point of departure Foucault’s notion that regulatory power produces the subjects it controls, that power is not only imposed externally but works as the regulatory and normative means by which subjects are formed. The return to psychoanalysis, then, is guided by the question of how certain regulatory norms form a “sexed” subject in terms that establish the indistinguishability of psychic and bodily formation.

Here Butler makes a powerful case that all identities operate through exclusion, marginalized subjects, apparently outside the field of the symbolic, the representable. Butler’s internal critique of feminist identity politics and its foundationalist premises questions the adequacy of a representational politics whose basis is the presumed universality and unity of its subjects—a seamless category of women:

In this sense, identifications belong to the imaginary; they are phantasmatic efforts of alignment, loyalty, ambiguous and cross-corporeal cohabitations, they unsettle the I; they are the sedimentation of the “we” in the constitution of any I. Identifications are never fully and finally made; they are incessantly reconstituted, and, as such, are subject to the volatile logic of iterability. They are that which is constantly marshalled, consolidated, retrenched, contested and, on occasion, compelled to give way. 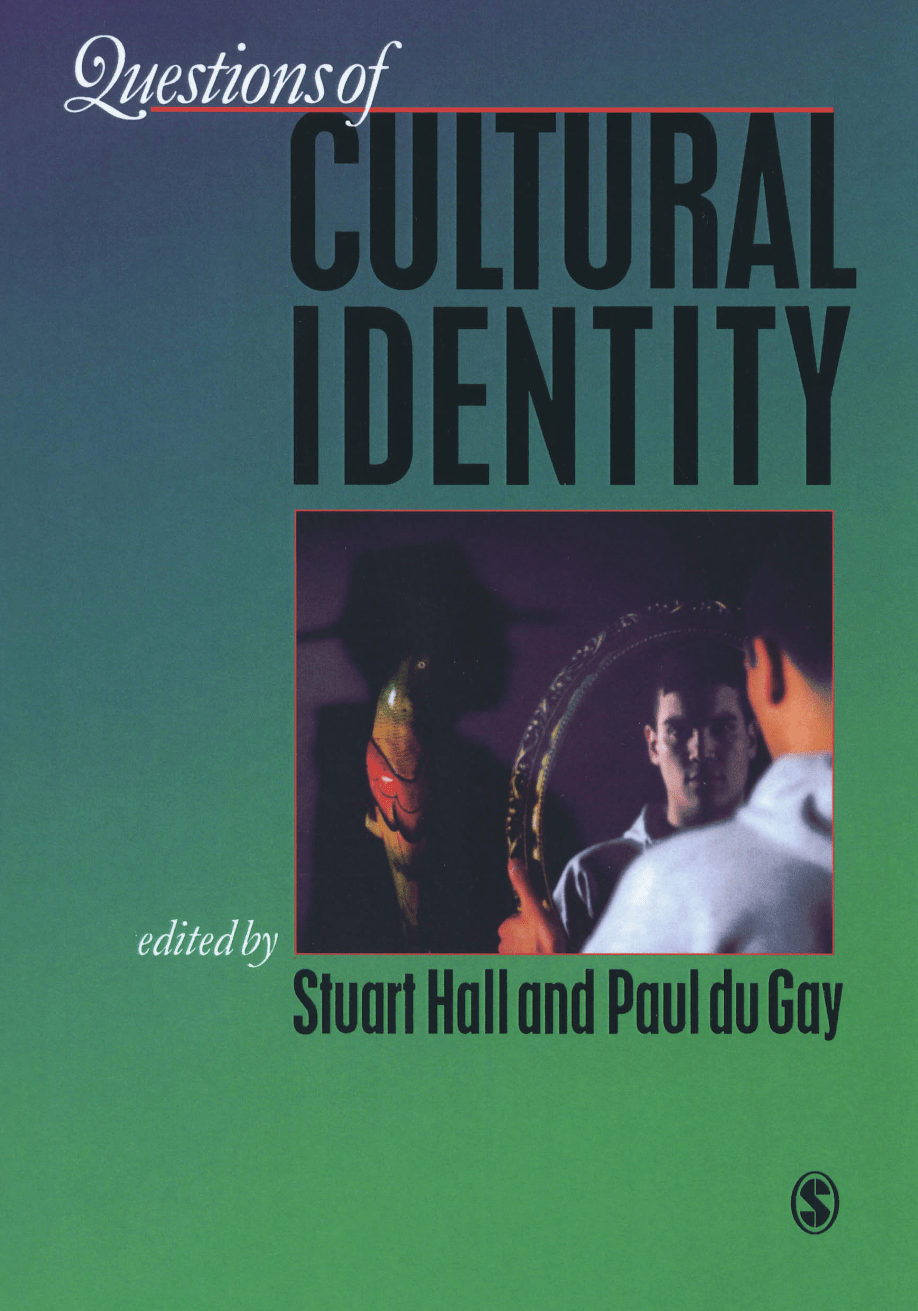