The presence or absence of the things is not merely due to their positioning in the in/appropriate places. The place cannot necessarily make things in/visible. Coming or not coming into view is mostly affected by our behavioral habits, life style and the intellectual history which forms the theoretical approaches. The visibility or invisibility of things does not have a direct relationship with the level of their significance by definition, and this confusion makes the rethinking, reviewing and revisiting of the concepts a must. “The Absent Body” by Drew Leder has the same emphasis; the author explores the body in its corporeal absence and makes an effort to clarify its significance for the reader drawing on an ethical conclusion.

Above all, we should be aware of the body’s part in perceiving the permanently present. The important issue is that our body organs, which shape such a perception and make it present, are themselves present components in our lives: “Human experience is incarnated. I receive the surrounding world through my eyes, my ears, my hands. […] Relations with others are based upon our mutuality of gaze and touch, our speech, our resonances of felling and perspective.” Therefore, the principal point by which Leder begins is the study of the body in terms of its corporeal presence and absence, and to find an answer for this paradoxical question why the corporeal body, despite its abiding presence, yet tends to recede from direct experience.

As we search subjects around us (or relating to and inside us), we miss something and that is the recognition of the body’s materiality, embodiment and corporeality. What is missed thereupon is an entirely different understanding that is made by concentration on the body and brings it into a correlation and same level of importance with other cognitional forces. Challenging the authoritative approaches and providing space to the identities whose recognition happen through embodied paths is the result of such different understanding.

In modern society, as Leder puts it, we encounter a disembodied life style: “Our shelters protect us from direct corporeal engagement with the outer world.” Leder ‌as well pokes his criticism at the predominance of the Platonic history of thought with its emphasis on the purified soul and later Cartesian “cogito” or mind. He sees this history as promoter of a paradigm which positions the immateriality of mind vis-à-vis the corporeality of body and ignores the body. In fact, the author does his utmost to arrive at an ethical conclusion opposed to Cartesian approach in the final analysis. In the concluding chapter of the book, he pays to the far-reaching social and subversive effects of this approach as a hierarchical dualism subserving the oppression directed toward women, animals, nature and other “Others.” Leder’s proposing solution is derived from Neo-Confucian notions. Accordingly, “we form one body with all things. The body is absent only because it is perpetually outside itself, caught up in a multitude of involvements with other people, with nature, with a sacred domain.”

Phenomenology is a methodology to get free from this Cartesian dualism dispute between mind and body. Merleau-Ponty is among important thinkers who, drawing upon the work of Husserl, Straus and others, has succeeded to resist against Cartesian idea of body as matter (res extensa). Not only Merleau-Ponty does not consider body as an object in the world, but the very medium whereby our world comes into being. Regarding this, in addition to the fact the we could study the body as one object and describe it scientifically, we should become familiar with the “body-as-experiencer.”

The idea of the body-as-experiencer is that the body itself recognizes and creates meaning. Thus, the body’s identity is beyond a physical body (Korper), the fact that makes it closer to the lived body (Leib) and this is the very quality which unsettles Cartesian dualism: “[…] the lived body, equating it with the embodied self that lives and breathes, perceives and acts, speaks and reasons.” Merleau-Ponty even more strictly elucidates: “It is our lived body itself, not an intellectual mind, that first perceives objects, knows its way around a room, senses the sadness in another’s face. Such sensorimotor abilities are not merely a form of conception; they do not depend on explicit judgments, categories, or rules. Rather, they exhibit a more primordial intentionality which must be accorded its own logic.” 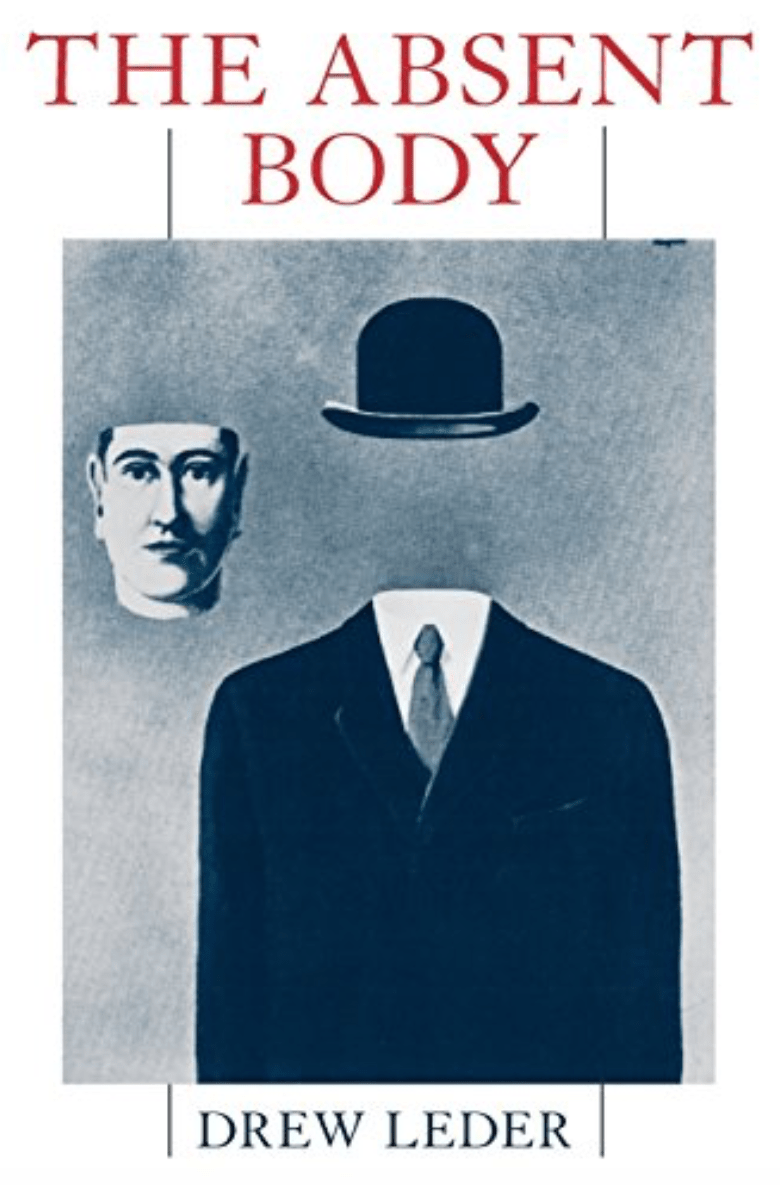 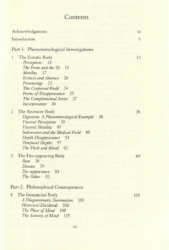 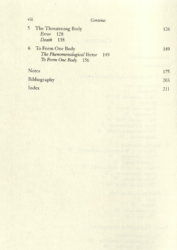