The Body in Everyday Life

The Body in Everyday Life

The Body in Everyday Life is to tell us about the ways people experience their bodies from the perspective of people themselves meanwhile their bodies play a salience role in creation and recreation of everyday life. The authors contribute more empirical studies to answer such questions as “how people think about their bodies? Do people think about their bodies? How do people describe their bodies? How do people use their bodies? To what extent do the biological processes associated with people’s bodies impact upon their daily routines and how they think about themselves?” The book claims, despite the fact that human beings both have and are bodies, there has been so little empirical surveys providing ordinary men and women a space to articulate their personal bodily experiences. Therefore, the authors have adopted a more phenomenological and interpretative paradigm to break free from a mere sociology of the body and to arrive at a sociology of “embodiment.”

By choosing to work with phenomenology, it is the “lived body” that becomes important; i.e., “the idea that human beings and their consciousness is invariably embedded within the body. The human being is an embodied social agent.” In their introduction to the book, Sarah Nettleton and Jonathan Watson apply Merleau-Ponty’s works (mainly The Phenomenology of Perception– 1962) for the definition of the term embodiment. Merleau-Ponty asserts that all our human perceptions and senses work with an essential dependence on our bodies and this dependency should not be interpreted as an attachment but an “oscillation” between the two. This is precisely the way embodiment operates. Merleau-Ponty writes: “Men taken as a concrete being is not a psyche joined to an organism, but movement to and from of existence which at one time allows itself to take corporeal form and at others moves towards personal acts… It is never a question of the incomprehensive meeting of two casualties, nor of a collision between the order of causes and that of ends. But by an imperceptible twist an organic process issues into human behavior, an instinctive act changes direction and becomes a sentiment, conversely a human act becomes torpid and is continued absent-mindedly in the form of a reflex.”

Still, we should be watchful not to miss those states that people cannot be aware/conscious about their bodily acts. At such moments the body is being “taken-for-granted,” or, as Drew Leder mentions in his Absent Body (1990), is “absent”: “While in one sense the body is the most abiding and inescapable presence in our lives […] the body, as a ground of experience … tends to recede from direct experience.” These moments are those we behave automatically (like reading a book, driving, etc.), when body is “functioning” normally. But, in times of “dysfunctional” states as Leder puts it (like pain, disease, etc.) we become conscious of the body. Simon Williams argues transitions in body when changes from taken-for-granted/absent to dysfunctional state occur. He calls it a move from an “initial” state of embodiment (taken-for-granted state of body) to an oscillation between states of “dys-embodiment” (embodiment in a dysfunctional state) and “re-embodiment.”

So the ideas of lived body and human being as an embodied social agent presume that body “both constructs and is constructed by the lifeworld”—the lived body is both intentional entity to give rise to the world and at the same time is affected by it. Such a binary condition can be articulated by other terminologies as well. Nettleton and Watson, for instance, see a distinction between having a body, doing a body and being a body, or as the Germans distinguish between Leib and Korper where former refers to the experiential and living body (body-for-itself) and the latter refers to the objective and exterior body (body-in-itself). Other terminologies being used are “self” and “body” where Thomas Csordas points to body as “the existential ground of culture and self.” It is based on this dependency that he prefers the term embodiment to body since it conveys other meanings than just a material entity, it implies perceptual experience and engagement in the world. Anthony Giddens writes: “The body is not an external entity but is experienced in practical ways when coping with external events and situations.” 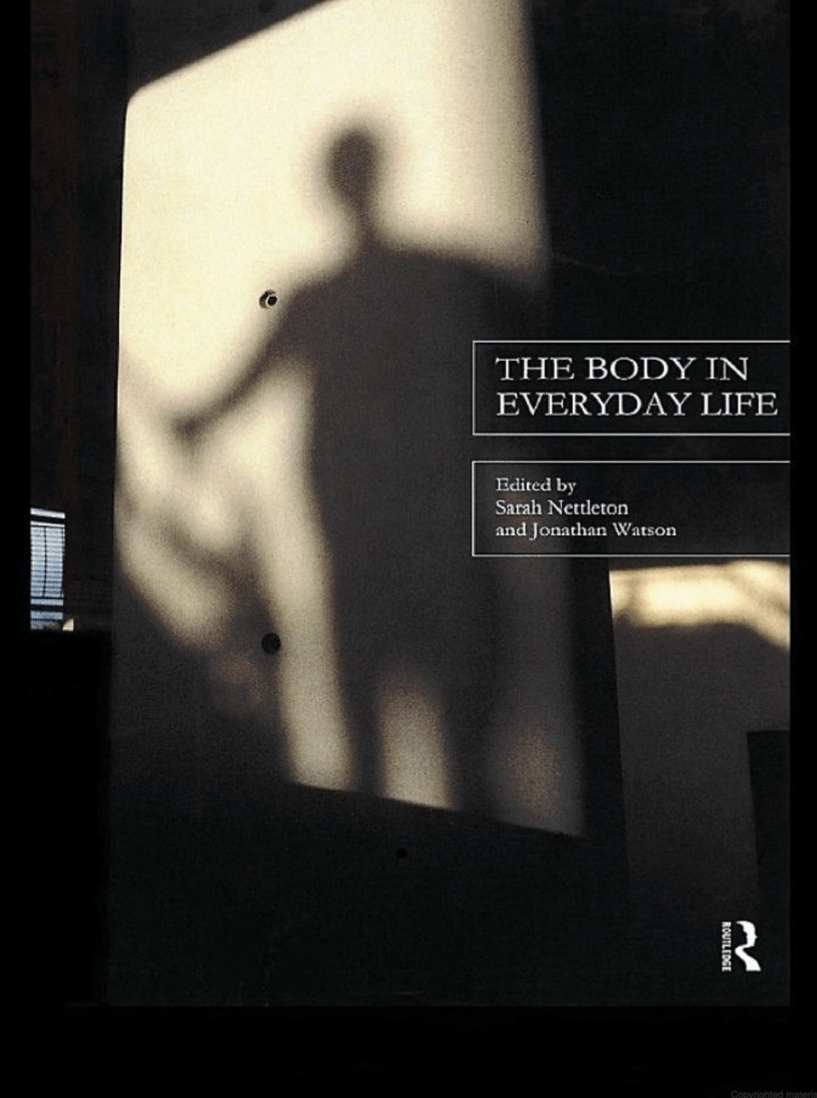 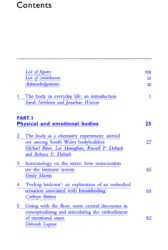 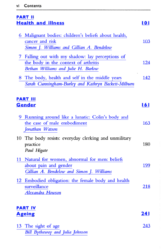 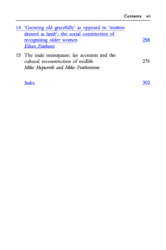