Mapping an Embodied Conversation Through Chalk

‘Chalk played a very important role in my life as a child when I learned how to write and read. I learned how to write using chalk. When growing up, we used chalk to learn how to write on small blackboards. My mother who was a schoolteacher drew lines and shapes on the board and asked me to reproduce them, and that was how I learned to write before I was allowed to use pencil and paper. Also, in school all the lessons were written on the blackboard with chalk by the teachers. So, it was very easy for me to associate writing with chalk. To me, chalk represents writing or is a symbol for writing’ (Dafeamekapor, 2020).

Defeamekapor’s meditation on chalk was written in response to an artist talk delivered by Rhiannon Jones via zoom to graduate students at Ohio University on November 18, 2020 entitled, ‘Un/writing and re/figuring artistic practice.’ The subject of the lecture was the collaborative work that Jones had done with the artist Traci Kelly, as one half of the duo Kelly + Jones. Kelly + Jones first worked together in 2014, when they were invited by Michael Pinchbeck to participate in a two-week residency for The Drawing Board, curated as part of the program for Primary Artist Studios in Nottingham. The residency took place in an old school building, where they discovered a large chalkboard on the landing of a flight of stairs that became the background for their experiments with writing through the body. In 2015–16, they continued their collaboration at two former chalk pits in Cambridgeshire, England that had been reclaimed by nature. The series of collaborative performances titled after a range of grammatical signs, was a continuation of their work at the school house, albeit in a much larger environment.

In early 2020, Kelly + Jones exhibited the work that came out of the two residencies alongside new works from continued site reflections at The Glass Tank in Oxford. The title of the exhibition, CaCO3, is the chemical compound of calcium carbonate, of which chalk is one form. In keeping with the tenor of their collaborative work, Kelly + Jones invited four women to participate in a micro-residency research project that Kelly had developed in 2012 called Seers-in-Residence. For three hours each, Janice Howard, Helen Walkington, Deborah Pill, and Kate Mahony engaged with the exhibition, moving work around, picking up chalk, and redistributing the images. Subsequently they came up with unique responses to the work including a Spotify playlist that was documented through video, photography and writing. This exchange is documented on Kelly’s website (Kelly, 2020) and published here in this unique newspaper, which includes contributions from the Seers- in-Residence as well as this essay, an exchange between Kelly + Jones, and a meditation on chalk by Joanne Lee. … [ https://www.performanceartbergen.no/en/kelly-jones-unwriting-the-landscape-refiguring-the-body/] 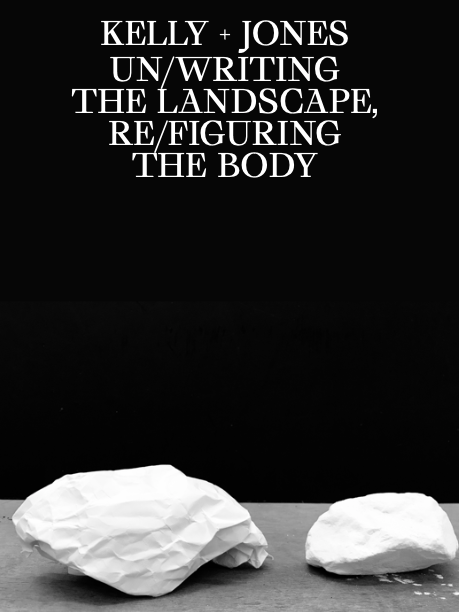 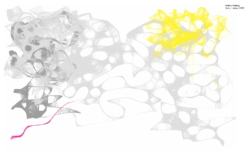 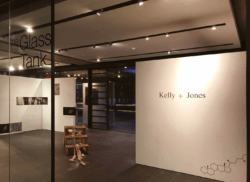 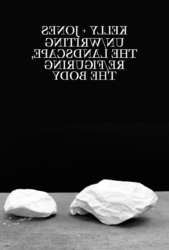