In Fleeting Moment of the Light

In order to introduce her collection Pink Horizon, Traci Kelly has made use of the definition for pink light and has applied its paradoxical feature of being “invisible” but “perceivable” by the sight. She also performs the pink light’s horizon on the electromagnetic spectrum—the gap between the red and purple as the horizon of the invisibles in the world—at the space of the gallery, possibly meaning that there are also invisible but exhibitable things at the space of the gallery: sequin sculptures, rubber thimbles, pearl-headed pins, crocheted mat, kitchen tray, women hair, skin hosiery, cancelled stamp, soap and other various objects. At first glance, we find ourselves encountered with a highly feminist space that is supposed to take us to a woman’s somehow routine life. Although the feminist aspect makes a general presence in Kelly’s works, she processes this concept in a creative manner, breaking it down into components and presenting them inseparably with other concepts.

Kelly’s interdisciplinary practice is a mixture of performance, installation, sculpture, text and sound. Through a collaborative method, she investigates the “body” and its relation with perception, subject invention and intersubjectivity. The centrality of the skin, touch and un-touch in her practice unsettles functionality of the surface as a bordering for subject corporeality or object materiality. It seems as if perception of the environment, subject’s world and events occur above anything solid and structured. The foundation of her practice therefore comprises improvisation, historicity problem, temporality, transitionality, liminality, visceral and poetic qualities.

The main idea of the exhibition, according to Kelly, began as a part of an ongoing investigation on the skin of sculpture and “how sculpture may expand its own form.” This idea appears in Kelly’s effort for displaying the invisible (invitation for a scrutiny in the less visible) and, by selecting a variety of objects, special installation and space potentials, she paves the way for answering her question. In Stomata, for instance, there are fine pencil drawings scratched and gouged into pearlized photographic paper which does not want to receive the drawing (as a part of the concept) and she points to the hole by a skin hosiery. The term “stomata,” which comes from the Greek to mean mouth or opening, is in dialogue with the family histories of bowel diseases. Or, she introduces Torn Eye reflecting her interest in sculpture at the intersection of two walls, as a fold in the architecture, a fold in the work and a fold in thinking. Kelly’s best work that concentrates on form expansion but becomes better obvious with comparing Your Skin Touches My Skin (Submersion) against Over Head, Over There. Based on this comparison, we realize about the artist’s certain concern for the subjectivity of “time” in creating change and our perception of the change. In both works, she puts on show the formal changes and our simultaneous collaboration for their perception: the ephemeral drawing made with sellotape affected by the heat from the overhead projector and the sequin sculptures that change as we pass by them—of course with this explanation that the former is a work which is paying attention to a longer time period and the latter is based on fleeting moments of dazzlement encountered on a daily walk. 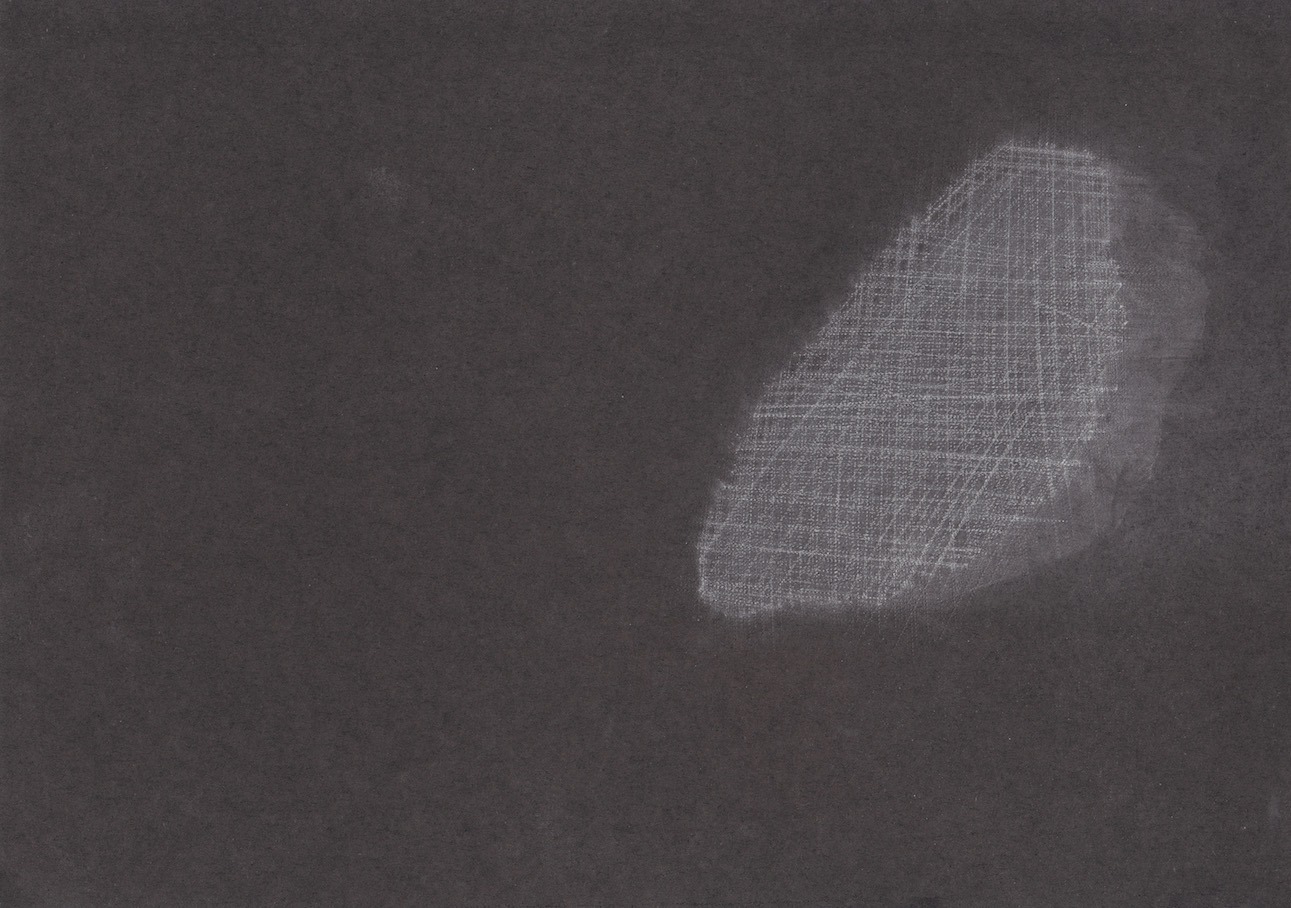 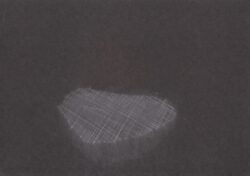