Writing is a manifold act. It is the intermingle of various forces. At writing, all these forces appear at once: we are aware of what we are intending to write, we choose by/on which material to write, we decide how much shorter/longer to draw the letters or where exactly to put the tittles—we are absolutely conscious when we “act the writing.” Nonetheless, the act of writing does not have control over all details involved in it—or is not able to have. Even if we have the relevant knowledge, we cannot think of writing’s history at the time of writing. We cannot consider the material of writing as a subject of identification. Our body or our behavior at writing are no topics of importance. Basically, we are not thinking of anything at writing except “writing” in its conventional definition: we write “Everything is good here” just and apparently because everything is good here.

Kelly + Jones have turned the spotlight precisely on the intangible aspects of writing. The Drawing Board, CaCo3, and Seers-in-Residence@CaCo3 investigate this issue. By choosing chalk as a writing material and the old Victorian school and the chalk pit as their performance sites, they work hard to uncover the impossible aspects of writing. The body and sounds enter a dialogical relation together in a ground with spontaneous movements, a relation which enables access to something beyond a conventional definition of writing. The sound of chalk squeaking on the chalkboard and swiping on the floor of the entrance hall to the old school’s stairways or the sound of the chalk blocks thrown over the stairways, they all release an energy that shuffles in the space-time: observing the environment, piercing through layers of marine life sedimented into chalk and being stretched and infiltrated through the splits and openings.

It is about discovering oneself by the landscape and vice versa. In a process of discovering ourselves, the landscape is drawn inward into the body, the chalk small particles of power that are suspended in the air enter our lungs by breathing, the sound is being recorded on skin-eardrums as they vibrate, the sense of balance is delivered by chalk crystals in the ear and the vision. We travel from a Geological time toward future, to unpredicted events: sound reverberation. The sound waves change in energy as they move through the bodies and environment, and they carry the altered energy into the space and time. In each single second, sound also encounters an amount of information, replaces and exchanges them when being transferred. Although the sound of chalk squeaked over the chalkboard at the old Victorian school resonates from a distant past, it transforms into an intimate, live and undeniable reality. 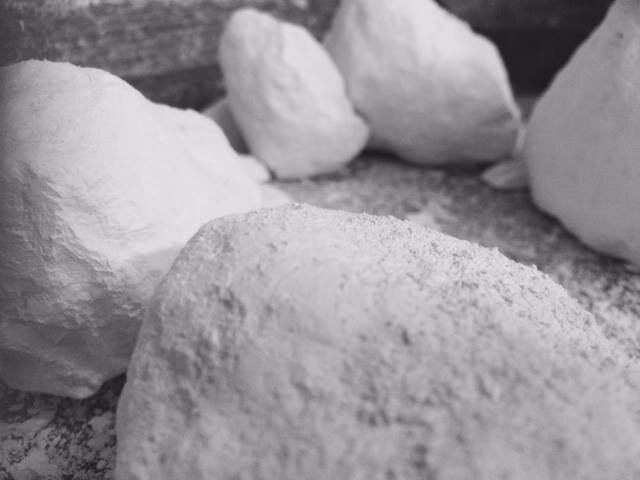 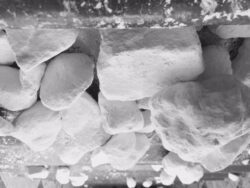