…she stayed anxiously beside the door and started to weep…(*)

After failed attempts on rabbits, on the 3rd November 1879 Gerhard Armauer Hansen, poised along a knives edge, relocated leprosy bacterium to the eye of a protesting female. The contamination caused an ocular leprosy node to develop. With respect and sorrow, on the same site of Bergen’s Lepramuseet, the artist introduces a foreign body into her eyes—artificial tears. The intrusion bites the membranes and stirs authentic drops, the hand reaches out…

Xenograftie (artificial sorrow) investigates the animot—Derrida’s cultural alignment between the animal and the female. The audience witness an act of memorialization: the fur of a slaughtered rabbit and the hair from the artist gradually cling to the body of the other, translating the languages into which they are written. 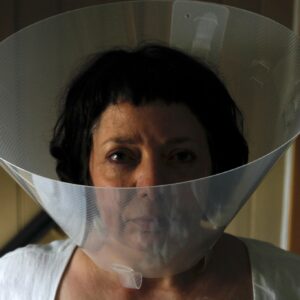 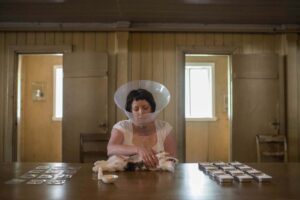 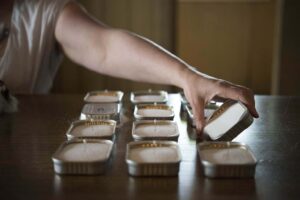 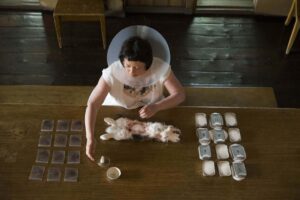 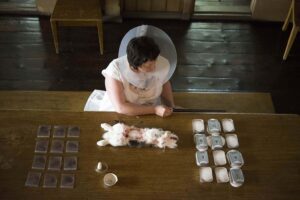