As if a Sullen Sleep

The Nature has a feminine essence. Growth, fertility, death and re-birth; it has a permanent (thus impalpable) dynamism that despite visibility is not so explicit and distinguished. What in nature attracts the visitor is the very impalpability of this dynamism which is interpreted as serenity and a kind of natural gracefulness. We could consider some closeness between both the woman and nature and the obsolete and abandoned sites. This is because these sites (similar to the woman and nature), despite all their signs and symptoms of lapse of time and high potentiality for narration of details and events, are regarded voiceless.

Rita Marhaug applies her own body—as the main tool—and sometimes other objects to transfer her understanding of the everyday language of bodily behavior and bodily normality. One of these objects is a thin, skin-like and transparent textile that often plays an important role in her performance–installations. According to Marhaug, this material reminds her of the fantasies of childhood and tactile desires. This fabric, which over the course of time has gradually grown in size, apparently conveys the haptic experiences and conceptions of the world by one individual and it probably is a metaphor representing the individual at the actual moment.

Let us return to the closeness between the nature, woman and the obsolete sites, to the details which are not visible from far away or cannot be “touched.” In one image, I see Marhaug that is naked, lying in heart of the nature, under a stretched skin. In another image, she repeats the same performance in an abandoned building. In a more careful look, the artist’s presence at those two locations is a conscious (and sullen) selection for seeking refuge in a condition similar to herself. Nonetheless, there is a tranquility in her lying posture which seems to be achieved by distancing herself from the present time. She has embraced the time layers tightly and by projecting herself into worlds of fantasy and dream, she remotes herself from us who stand at the present time and by the edges of the (stretched) skin. But perhaps, this skin could be an invitation by the artist from us to acknowledge nature, herself, and obsolete sites the way as they are, but not the way as we wish them to be. 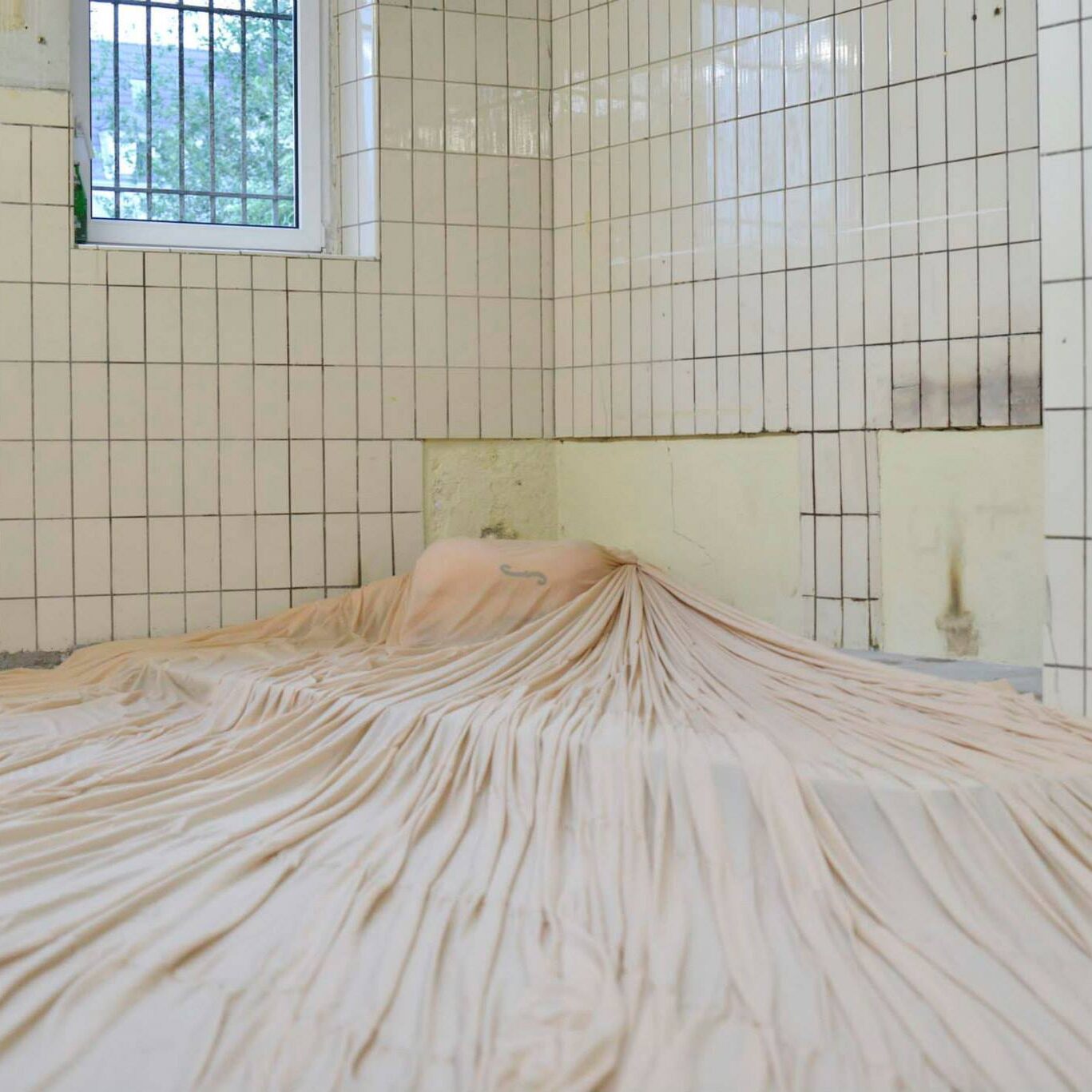 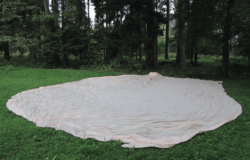