The Living in the Dead

Stone and bronze sculpture has portrayed the human body as resistant and unchangeable for thousands of years; a condition that far surpasses the elastic and yielding nature of our transient reality. The soft curves of the Kritios Boy, fashioned from hard marble, exemplify Greek culture’s conclusion of the truth, the good and the beautiful in one eternal image. The essence of this ancient practice holds magical allure: to freeze and fortify the transient.

Female experience of girls on the verge of adolescence in the late 90’s appeared to be the opposite of their male counterparts. Their attitudes and actions expressed the desire to grow up and create their own lives, whereas boys still rested in an infantile, irresponsible mode. Intimate body change in adolescence is associated with both joy and anxiety, and the transformation clearly reveals the plastic and changeable nature of the body that is completely beyond our control. It carries the message of life ahead, but also of eventual death. The blood that flows throughout our body tissue also relays this double meaning: Life runs throughout the body, but if too much runs out, it will die. To maintain the body in image and in actual form, can be seen as a guarantee of both life and death. To preserve; to provide physical form appears precarious: a physical form that surpasses the volatile, changeable and liquid. Sculpted forms of stone and bronze have lasted for centuries, although the rituals have all but disappeared. All we have are fragmented images and mythical stories wrapped in silence.

The Dead of Life
The body has a fundamental duality: life and death, subject and object. “From dust you have come. To dust you shall return. From dust you shall rise again.” Three handfuls of earth symbolize the movement life–death–life. These words are familiar to the funeral ritual, and are yet another cultural reference to the physical body’s transient existence, and potential salvation and resurrection on judgment day. The work Pulse was created as an image of the world; nature and culture, flowing through the body. My white clothed figure strapped five containers holding five litres of green liquid to one of the garden’s lush trees. Thin tubes from the containers were inserted into openings in the white clothing, and one into the mouth. The character was then attached to the tree by the two-meter-long tubes. The containers were opened and within 30 minutes, the green liquid turned the white clothing green. Blood versus chlorophyll on white: both create a strong visual contrast but they have different interpretations.

The Norwegian Liquid
The performance series Norwegian Liquid has developed over several years to encompass a number of elements it has encountered along the way. Black and white; visually and linguistically, an ultimate contrast. Norwegian Liquid deals with the identity experienced through the tension between individual and nation. Our national and individual understanding often runs in contrast. The same can be said about reality versus the idea of nation, as well as of individual: Norway is presented as a country of pristine nature, while in fact we are the seventh largest oil exporter in the world. The individual is pulled between a traditionally moderate culture with its roots in rural existence, and a limitless, international, post-industrial infotainment society. Norwegian Liquid is the battlefield between oil production and nature conservation. The oil changes white to black, and eventually skin and sand turn black with oil. Corresponding to the blood volume of an adult, five litres of oil are soaked through, before the figure moves backwards into the sea and is swallowed by the waves. The body is eventually washed up on the beach.

One year later, the figure arrives on the little white beach and lowers herself into the black liquid filled bathtub. When she emerges from the bathtub, she wades into the sea and swims away. The Bathtub scenario was recreated in the Bonington Gallery six months later (2013). The relationships between the solid and the liquid, the oil and the body, the dry, fair skin and the wet, shiny oil, activated a restlessness of terms such as black-white and subject-object in the viewer. 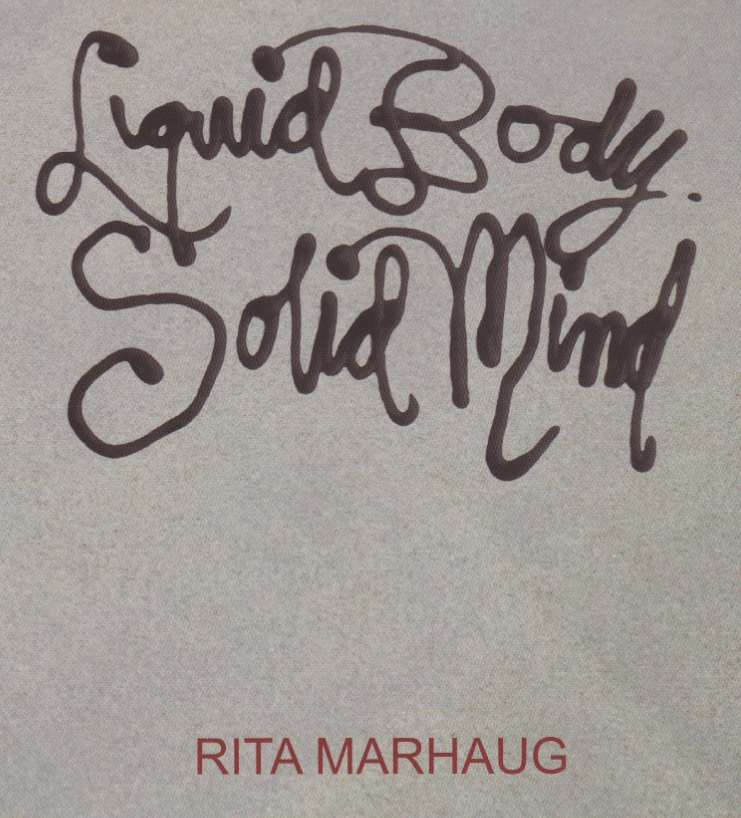 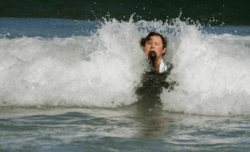 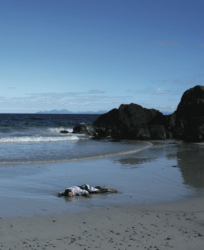 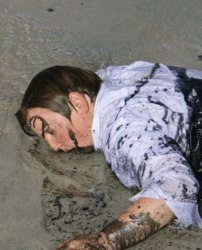 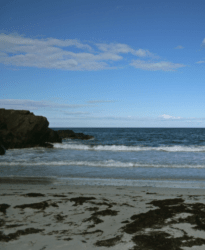 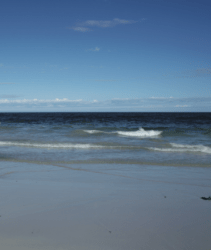 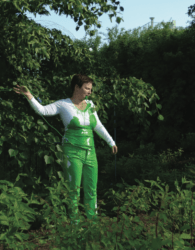 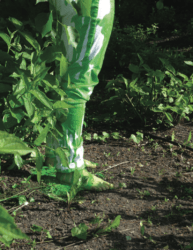 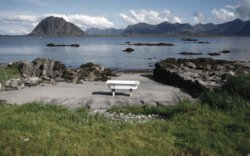 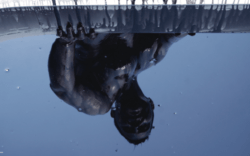 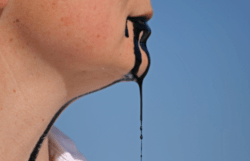 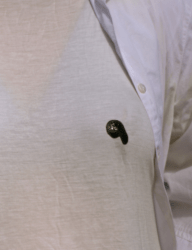 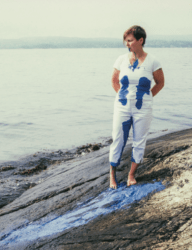 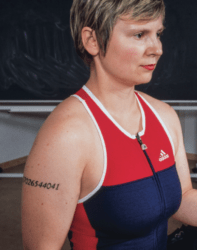 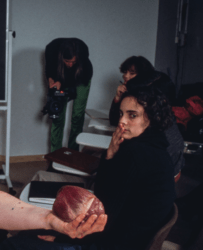 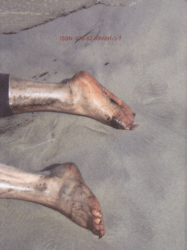