After many years of working with photo-based printmaking and drawing, Marhaug in 2014 returned to the expression she developed early in her artistic career through the use of woodcuts in black and white. The new woodcuts became material for further processing in a picture group with the title Investigation of Consequences (2017-2022). She created collages of the prints combined with other materials such as fur, felt,  skin, textile on cardboard, wooden and metal plates. Many of the pictures also have painted elements and they all have different formats.

The title Konsekvensutredning (Investigation of Consequences) is taken from the bureaucracy’s terminology related to exploration for oil and gas on the Norwegian continental shelf. For the artist, the consequences of petroleum production are to be understood in many more ways than the purely technical-economic analysis that the authorities and oil companies use as a basis for the extraction of gas and oil.

The figurative motifs from the woodcuts show people and animal figures in interaction of an ambivalent nature. The animals are all well-known creatures from our local environment, many of them common symbols and so-called “trickster figures”. A trickster can be a humanoid animal who does tricks or otherwise offends or don’t obey recognized rules and norms of behavior. The fox, the otter, the swan and the hare are all typical examples from fairy tales and folklore. The animals all belong to a northern Norwegian fauna where the political dispute related to the search for gas and oil has been long-lasting. The natural areas outside Lofoten, Vesterålen and Senja are currently protected. 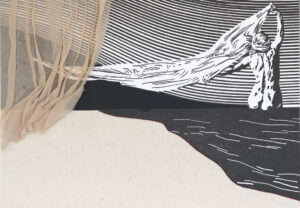 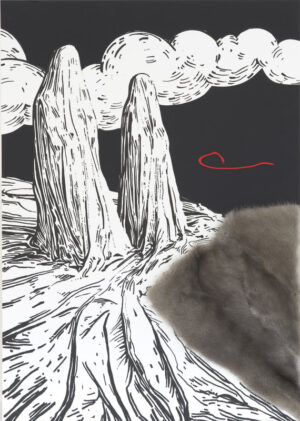 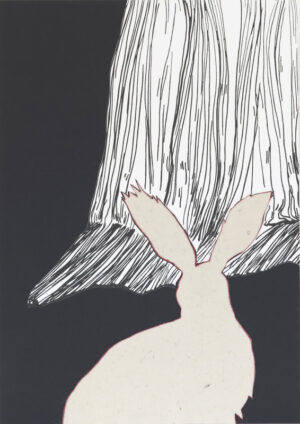 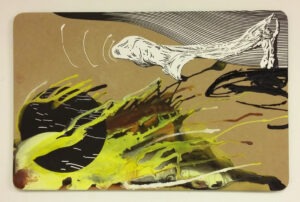 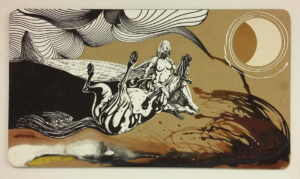 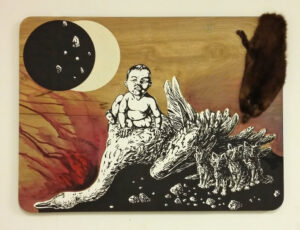 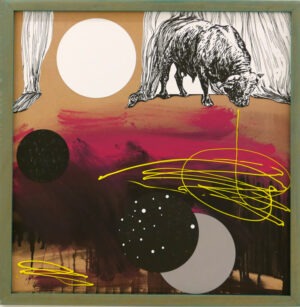 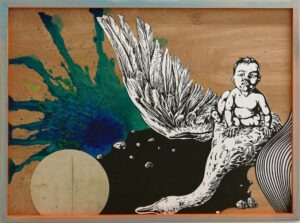 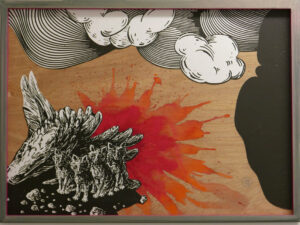 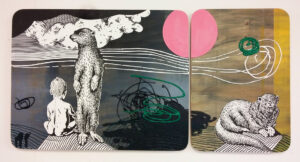 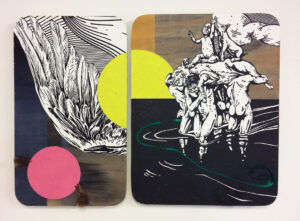