The performance series Norwegian Liquid has developed over several years to encompass a number of elements it has met along the way. Black and white; visually and linguistically, an ultimate contrast. Skin; the interface between individual and world. Identity; central in my art production in a variety of contexts, and especially in my early works focusing on femininity and masculinity, children and adults. Norwegian Liquid deals with the identity in tension between individual and nation. Our national and individual understanding often runs in contrast. The same can be said about reality and idea of nation, as well as of individual: Norway is presented as a country of pristine nature, while in fact we are the seventh largest oil exporter in the world. The individual is pulled between a traditionally moderate culture with roots in the rural, and a limitless, international, post-industrial infotainment society.

The performances Inner Dialogue with YKB (2005) and Beyond (2010) could perhaps be considered as the first series of Norwegian Liquid. Marhaug, instead of 5 litres oil corresponding to the blood volume of body, applies other colored liquids to value the female seeping body which signals generative power and abundance. In later performances, she uses oil as her material to approach the subject of individual and national identity. In recent years, Marhaug has incorporated other objects than only oil which are originating in oil: acrylic mirror glass and refinish. The different liquids can be traced back to the body (blood, milk), as well as technology (petroleum products) and nature (chlorophyll). These substances and their colors have a strong cultural connection and immediately conjure up images that appeal to both our senses and our reflective abilities.

For instance, the site for the performance Norwegian Liquid in Lofoten, Norway (2011) is Gimsøya—one of Lofoten Islands’ many beaches that overlook the Norwegian Sea and the Nordland VI, VII and Troms II; the battlefield between oil production and nature conservation. The oil changes white to black, and eventually skin and sand turn black with oil. Corresponding to the blood volume of an adult, five litres of oil are soaked through, and then the figure moves backwards into the sea and is swallowed by the waves. The body is eventually washed up on the beach. One year later but Marhaug changes the strategy and her performance situation becomes both more realistic and surreal. She places her old enamel bath on her boat landing, on another beach in Lofoten. The bathtub is filled with a barrel of oil. The figure arrives on the little white beach and lowers herself into the black liquid filled bathtub. When she emerges from the bathtub, she wades into the sea and swims. The bathtub scenario was recreated in the Bonington Gallery (Nottingham University). With a large audience in attendance, the performance took on a very different context from its earlier version. This time, with the gallery’s physical presence and strong smell of the oil, the performance provided a variety of associations and interpretations that never came into play in Lofoten. Although the English public is no stranger to oil political economy, there were more existential and/or abstract aspects of the work that came to light within the gallery walls. The relationships between the solid and the liquid, the oil and the body, the dry, fair skin and the wet, shiny oil, activated a restlessness of terms such as black-white and subject-object in the viewer. 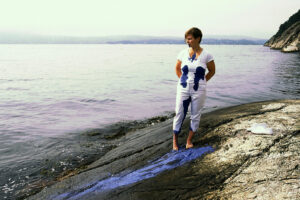 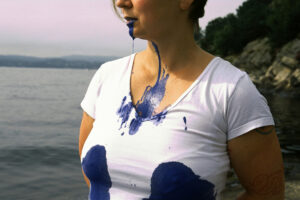 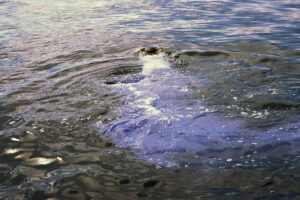 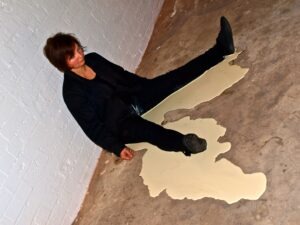 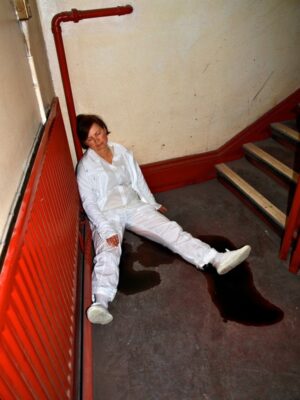 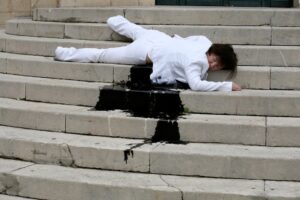 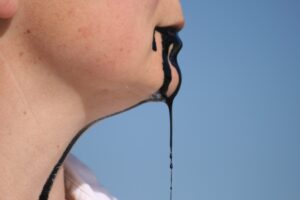 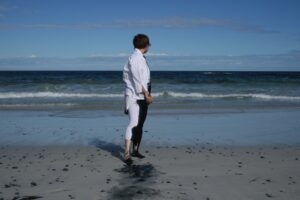 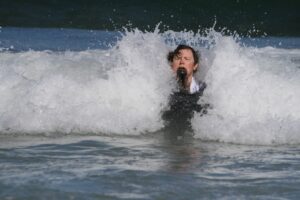 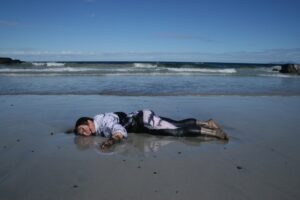 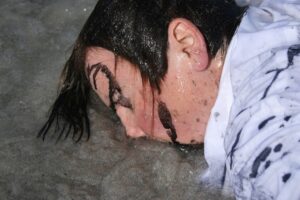 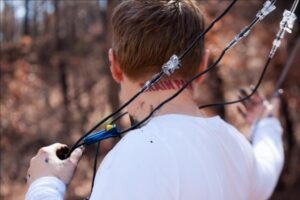 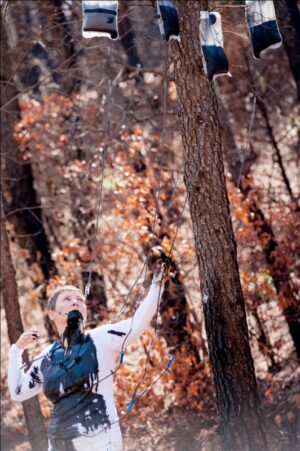 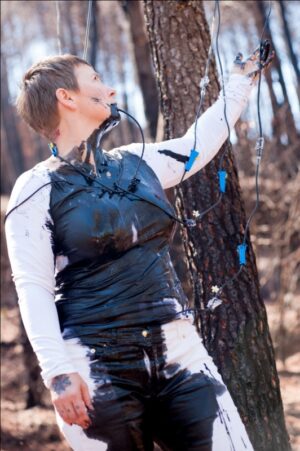 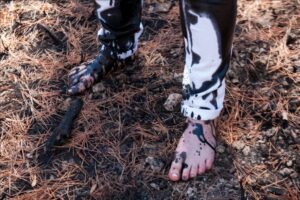 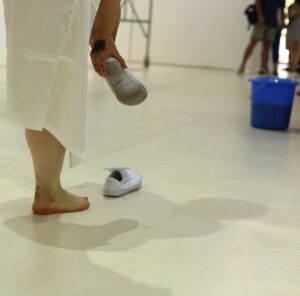 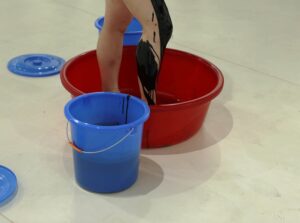 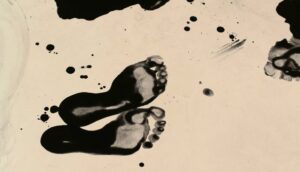 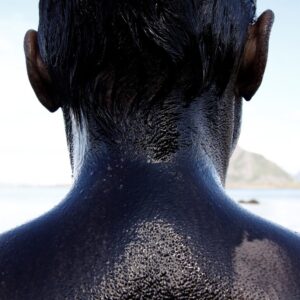 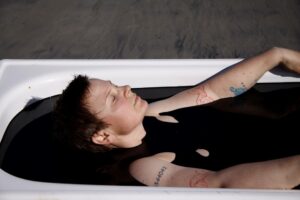 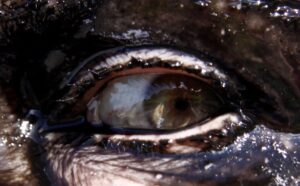