A consistent theme in Marhaug’s production has been the fundamental relationship between parents and children, and especially between mother and daughter. Teenage Mother is a game of reality and fiction. In the picture series of 8 photographs 50 x 50 cm, mounted on an aluminium plate, two women are seen—a young person still in her teens and an adult in her 30s. Both are relaxing in the living room, drinking tea and reading magazines. It is clear from the photo series that they are pregnant. On one wall also a reproduction of Velazquez’s Las Meninas could be seen.

The two models in the photographs are the artist and her eldest daughter in their home environment and none of them is in reality pregnant. The photographs are digitally manipulated. This was during a period when Scandinavian photography had a lot of attention both in Norway and internationally, where the staged, the artificial, the manipulated had a big place in particular.

Both before and after the 2000s, it has been state policy to avoid teenage pregnancies in Western societies, including Norway. Our society encourages its citizens to get an education and get a permanent job before starting a family. Today, first-time mothers in Norway are on average over 30 years old and the birth rate is just under 1.5. At the same time, fertility treatment is a growing international industry. Women in their late 30s and older are often customers in this context. A side effect of unwanted childlessness is surrogacy, which is currently not permitted in Norway.

The photographs from 2002 show two “fertile” women, in this case mother and daughter, 37 and 15 years old—who could hypothetically be pregnant. One pregnancy would be desired by society, while the other would be more problematic and socially stigmatizing. At the same time, a pregnancy for both women would be “natural”. In this way, the images can operate as a reflection on the cultural and natural aspects of pregnancy in our culture. A humorous touch is also present in the relaxed aesthetics of everyday interior and the slacker style in the staging of the women. 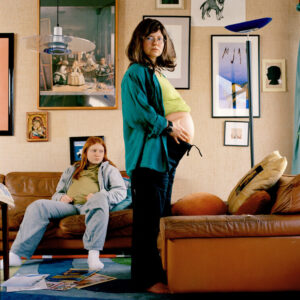 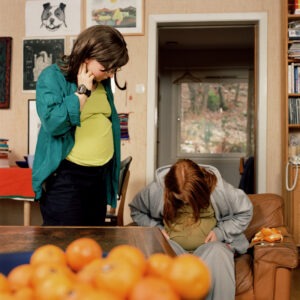 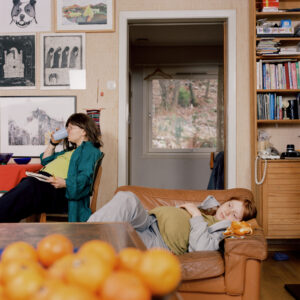 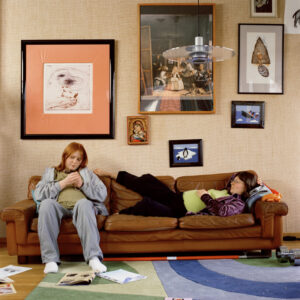 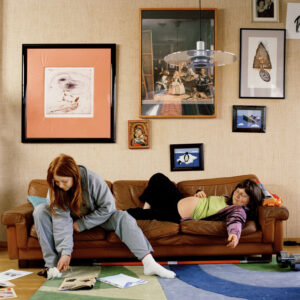 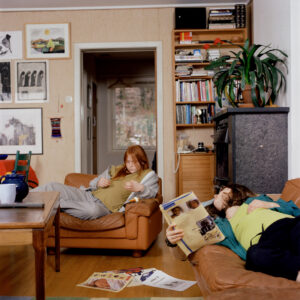 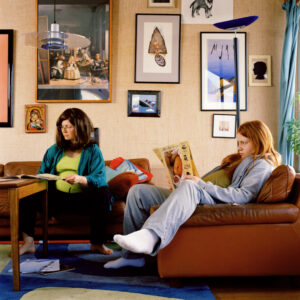 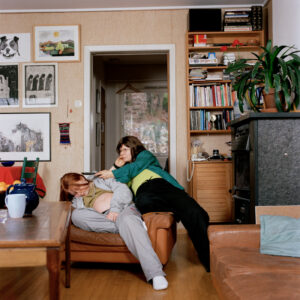